Norman Vincent Peale was the pastor of Marble Collegiate Church for 52 years and one of the most influential religious figures of the 20th Century. The author of 46 books, including the all-time inspirational best-seller, The Power of Positive Thinking.

With Marble Church as a base, Dr. Peale launched far-reaching innovations in the decades of the 1930s, 40s, and 50s. He was a dynamic motivational speaker on countless platforms, the co-publisher of the world's leading inspirational magazine, Guideposts, and the co-founder of the first school for pastoral psychology, The Institutes of Religion and Health. Dr. Peale recognized the powerful impact of mass media and in 1935 launched a weekly radio broadcast, "The Art of Living," which was to continue for a record-setting 54 years. His down-to-earth message of optimism, courage, and faith in God's love for the individual has helped countless millions find confidence and inner peace. 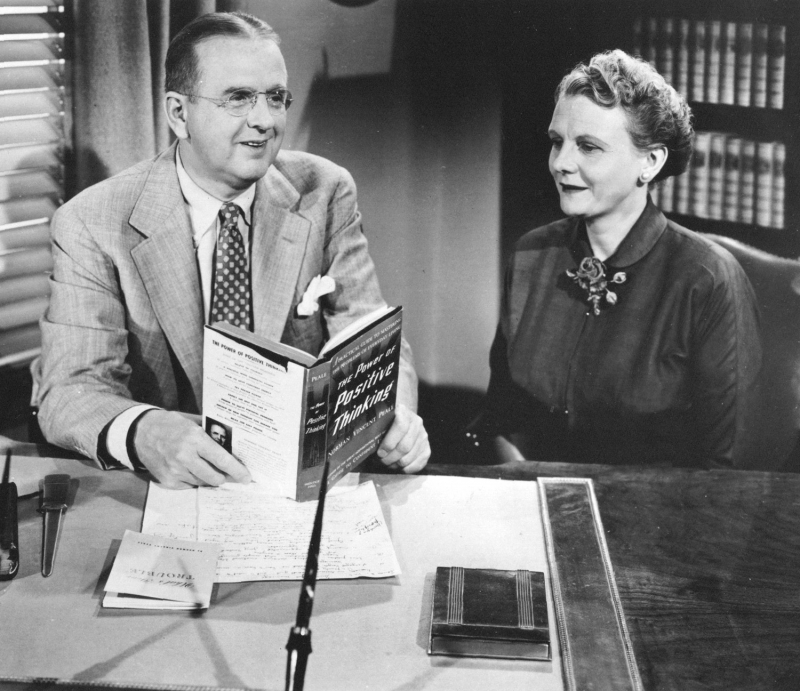 Dr. Peale spoke to an average of 100 groups a year, until the age of 93, and he was awarded the Presidential Medal of Freedom by Ronald Reagan. He died at his home in Pawling, NY, on Christmas Eve, 1993. Dr. Peale's wife, Ruth Stafford Peale, passed away in February 2008.