Rev. Anthony Weisman
What it Means to Wait in Hope

Join us in person for this Advent Worship on World AIDS Day, What it Means to Wait in Hope, led by Rev. J. Elise Brown and Rev. Anthony Livolsi. Music by Ken Dake and special guest, Joshua Coyne, violin.

The praise band and ministers are excited to return to share in worship, prayer, fellowship, and communion together each Wednesday. This fall we are experimenting with a different format that we are calling “The Gathering”: the midweek service goes live every Wednesday morning. It’s essentially “Midweek Worship-On-Demand” — a worship resource that you can access whenever your schedule allows. For those who would like to watch together, join a virtual watch party Wednesdays at 6:15pm, on Marble’s Facebook page. 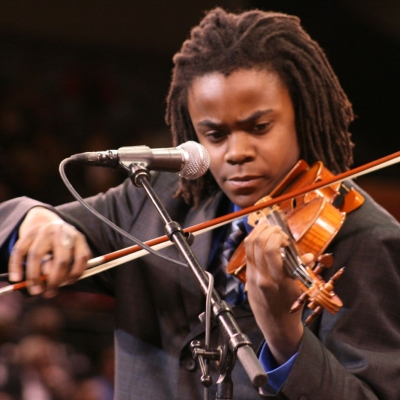 Joshua is an American musician and composer.

Born in Kansas City, Missouri, on March 5, 1993. He was adopted at the age of two and moved to Cedar Rapids, Iowa. The Coyne family was involved in the local arts community, participating at Theatre Cedar Rapids and the Cedar Rapids Symphony. Joshua quickly expressed interest and aptitude in music and took his first lessons at the Cedar Rapids Symphony School. In 2006, Joshua and some of his family moved to the Washington, D.C. area, where he continued his violin studies with Lya Stern and began composition study.

After moving to D.C., Joshua performed for then-candidate Barack Obama at the Stand for Change Rally in February 2008, as well as for the Haitian Embassy.

Coyne composed the score to Anne and Emmett, a play about Emmett Till and Anne Frank written by Janet Langhart Cohen.

In the summer of 2011, Joshua was the subject of a series of articles describing the difficulties students may have getting scholarships, loans, and grants, to be able to afford college. As a result of these articles, Joshua received numerous donations which allowed him to attend Manhattan School of Music.

Joshua plays on a custom bow by Joshua Henry, and a violin he named "Lya" for his teacher, made by Joseph Curtin.

Coyne is the co-subject of a documentary film entitled Sonata Mulattica, which will compare his life with the life of George Bridgetower based on the collection of poems of the same name, written by poet laureate Rita Dove.