The Marble Choir’s 2014 CD Sweet Hour pays tribute to the life and ministry of Dr. Arthur Caliandro through a selection of beloved hymns, spirituals, and familiar prayer responses. The choir’s previous CDs, it’s about love, With Many Voices, Songs of Simple Faith and Ken Dake's solo album Prayers & Alleluias are also available for purchase. 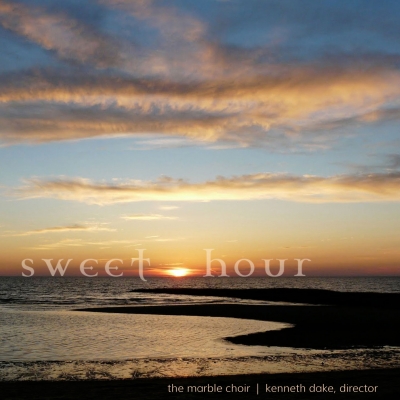 The Marble Choir is joined by soprano Camellia Johnson in presenting this collection of cherished hymns, spirituals, and familiar prayer responses. Among the 26 a cappella tracks are Sweet Hour of Prayer, Give Me Jesus, Have Thine Own Way, Lord, Because He Lives, Nearer My God to Thee, Precious Lord, and many more. Also features powerful compositions of Ken Medema, Mark Miller, Kevin Oldham, Randall Thompson, and Ken Dake. The beautiful CD booklet highlights a few of Dr. Caliandro’s insights on prayer, culled from among his many sermons on the subject.

Sweet Hour is available now. You may purchase the CD at Marble. Contribute as you are able in order to help offset production expenses. Suggested Donation $5-$25.

Sweet Hour CDs are also available for purchase via mail if you prefer or are unable to visit us in person. Please contact Siobhan Tull or call (212) 686-2770. (For mailed CD's the price is $15 which includes shipping & handling). 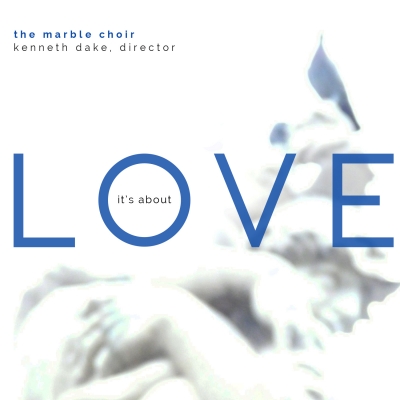 Selected by director Kenneth Dake for its cathedral-like acoustics, it’s about love was recorded in New York City at St. Joseph’s Yorkville on the Upper East Side. In addition to their technical mastery The Marble Choir exhibits a subtle stylistic versatility of expression that few other choral ensembles possess.

Through this CD you are invited to join us in a sacred musical journey as we... Welcome, Love’s birth, Commemorate Love’s sacrifice, Celebrate Love’s victory, Trust Love’s promise, and Sound Love’s call.

Among the CD’s 19 tracks are: A premiere recording of a work by Marble’s own David Sisco, arrangements by Musical Director, Kenneth Dake, music of noted performer and composer Ken Medema, rousing American folk-hymns and Spirituals, and a powerful contemporary ballad by Beth Nielsen Chapman, How We Love. Featured soloists include Michael Graye, Marie Mascari, Justine Aronson, David Sisco and French hornist Sharon Moe.

“So life is love, and love the end must be.” - Kevin Boulding 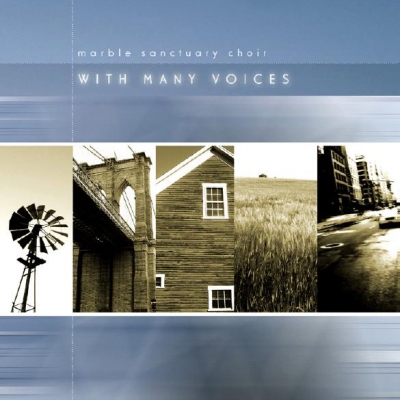 With Many Voices (2004) marked the first Marble Choir CD under the direction of Kenneth Dake. Met with enthusiastic nationwide acclaim, With Many Voices is a treasury of American sacred choral music spanning three centuries, including folk hymns, spirituals, and contemporary masterpieces. Accompanying the choir is guest organist, Christopher Creaghan, and the Marble Brass Ensemble, led by Sharon Moe. Physical CDs are sold out but are still available through iTunes, and Amazon.

"Represents the highest standard of choral music in the churches of America today... a terrific addition to the libraries of all lovers of choral music." - Craig Jessop, Music Director, Mormon Tabernacle Choir

"Ensemble singing that is beautiful, precise, and very expressive. A CD worth listening to and a joy to hear." - Robert De Cormier, Conductor/Composer, and Music Director Emeritus, New York Choral Society

One of the country’s premier professional vocal ensembles, The Marble Choir, under the direction of Kenneth Dake, joins forces with the Festival of Voices, Metropolitan Opera soprano Camellia Johnson, violist of the famed Emerson String Quartet, Lawrence Dutton, and other superb instrumentalists. This treasury of sacred gems includes Abide With Me, All Good Gifts (Godspell), Beati Quorum Via (Stanford), Jesus Prayer (Hurst), Steal Away, The Gift to be Simple, This Little Light O’ Mine, and much more.

Serving as an inspirational backdrop to the recording are powerful written messages culled from the sermons of Dr. Arthur Caliandro. Songs of Simple Faith truly is a feast for both the senses and the soul! 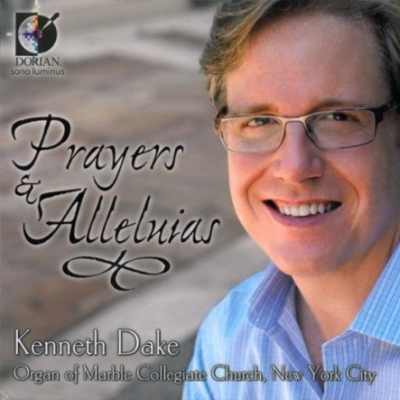 Prayers & Alleluias on the Dorian Sono Luminus record label, marks Kenneth Dake’s debut solo organ CD, as well as the first commercially-released recording of the 84-rank Austin Organ (1984) of Marble Collegiate Church. Featured are thrilling performances of masterworks by Bach, Hampton and Widor, as well as music of Horatio Parker composed in 1908 while he was organist of St. Nicholas Collegiate Church. An ideal Christmas gift for the music lovers in your life.